Dr Neha Mehta talks about why extramarital affair happens, causes and consequences of this problem.
Written by: 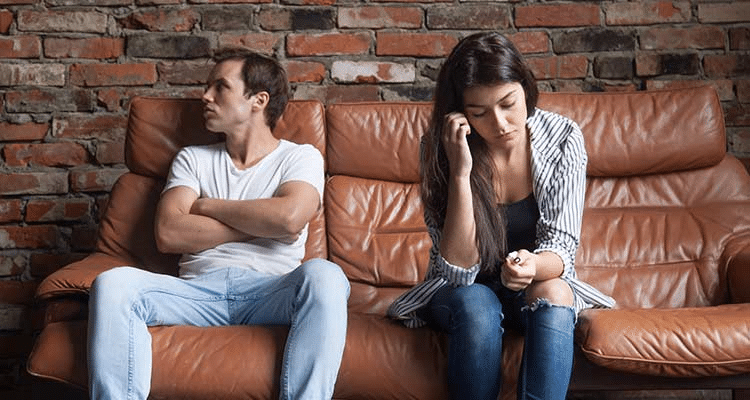 There are many reasons for extramarital affair. Infidelity affects 55% of married couples in India. Despite this high number, most people, even those who stray, will admit that cheating is wrong.

All people have extramarital affairs regardless of where they live or their socioeconomic status. Sometimes it’s surprising when everything seems to be going well in a marriage. It’s hard not to wonder: Why?

Evidently, something went wrong. Here are some possible reasons as to why married people cheat.

What is an Extramarital Affair?

An affair is a form of infidelity that occurs within a committed romantic relationship. Most commonly, it’s a form of cheating that involves passionate, emotional or physical attachment. It is rare to apply the term “affair” to a single event.

It can be hard to identify infidelity and, by extension, affairs. Different people have different rules about what constitutes cheating. An affair, like all other forms of cheating, is a betrayal and a loss of trust. Cheating on partners can cause serious distress in relationships.

An affair can be referred to in a variety of ways. It could be called a romantic affair or an emotional affair. It might be called cheating or unfaithful by some, but others use different terms for the same thing in non-monogamous relationships. These are the most common types of affairs.

There are many reasons marital infidelity can occur, regardless of whether there are marital or individual risk factors. There are a few common threads that underlie many of these reasons. The role of unmet needs is one.

While one partner might not be able to fulfill their partner’s needs completely, it is very common for them to fail to express their needs. Marital partners don’t have the ability to read minds. Another reason is the inability to address problems directly.

Avoiding conflict (conflict avoidance) rather than dealing with them is a key element of communication in a marriage.

Some reasons for extramarital affair–

Most likely, people who marry in their 20s will have some stability and social standing by their 30s. They feel they have lost the enjoyment of their 20s and are now looking forward to having an extramarital affair. They do it because they love the excitement and thrill of dating.

2. Married for the wrong reasons

Many people marry for the wrong reasons. The country’s top reasons for marriage are pressures from their families and society. Many people marry after a certain point without ever getting to know their life partner. After the marriage is finalized, many people realize the mistakes they made when choosing their life partner. They are instantly attracted to someone they find better than their spouse. What starts out as a friendship often ends in an affair.

3. Inability to adapt to changes

Every day brings new challenges. The small changes are usually manageable by most people. The more difficult ones can be much more difficult to handle, such as a death in the family, serious illness, loss of employment or financial loss. To deal with these changes, many people turn to others other than their spouses. They feel more at ease in the arms and support of someone else, even if they are not directly connected to their difficult circumstances.

Everything about a husband-wife marriage changes when you become a parent. Priorities shift, your time together decreases and your environment changes dramatically. Although most women give 200% to their children, many men who feel unimportant and lost at home and resort to extramarital affairs. This is because most women are so busy being mothers that they don’t realize it for long.

This is one of the most common reasons people get involved in extramarital affairs. Dissatisfaction either emotionally or sexually is quite common. Marriage is a lo of work, and without mutual understanding, many couples may grow apart. A sexless marriage is mainly claimed as a reason for infidelity.

A couple can become emotionally distant from one another due to lack of communication and time constraints. You need to connect emotionally. Talk, express, listen, laugh, care, and show concern.

You will eventually become emotionally distant from your partner over time if you don’t do it. An emotional connection that began as a bond can lead to an extramarital affair.

When you are faced with a difficult situation in your life, it can test your core values. You may have to make difficult decisions that are not easy for your family, especially your spouse. This could lead to irreconcilable disagreements, which can trigger an extramarital affair.

It is common for married couples to not talk about their priorities in life. This may be because they aren’t so concerned or it is unclear. As time goes by, priorities become more clear and more distinct.

These priorities become so divergent that it becomes difficult to live together and agree upon even the most basic matters on a daily basis. This could be a trigger for extramarital affairs. Sometimes people enter into relationships because they feel it will help their career.

Sometimes, it’s boredom or the need to escape the monotony and drudgery that drives an extramarital affair. People looking for the thrill of the chase and the excitement of new love may be more likely to have an affair.

Having trouble managing your personal finances (excessive debts or liabilities) can often lead to constant bickering within these four walls. At such a vulnerable moment, any one who listens to your problems or offers financial support is welcomed. This can lead to extramarital affairs.

Infidelity can be caused by feeling neglected or undervalued. Women often take on the majority of housework and childcare when both partners are working. This validates the individual’s worth. However, feelings of neglect may also be caused by unrealistic expectations.

There are steps you can take to help your partner if you have an affair and are still struggling to reconcile with the consequences. You will need to decide if you are willing and able to give your partner a second chance if you had an affair.

There are no right or wrong answers to an affair in a committed relationship or marriage, just like in any other personal relationship. Sometimes, it can cause a breakup in a marriage. Some couples can save their marriages by communicating and seeking professional help from Dr. Neha Mehta.

How To Become A Psychologist In India? Skills in Psychology Students

What is Child Abuse? Indicators, Types, And Treatment

What Happens In Marriage Counselling? 7 Things To Expect From Relationship Counselling

What Are The Different Types of Condoms Available?

How to Test Shilajit at Home? Know the Process

What is The Importance of Lubrication During Sex?

Do you know anyone that will benifit from councelling. Book an appoinment and gift them the freedome of mental freedom.
Book Appointment

Today many women are suffering from fear of sex and there are multiple reasons behind it.

How to make her ready for sex? If you were searching for the answer to this

Are you searching for remedies to stop hair fall in men? Hair Fall is a common

69 ideas to spice up your sex life

Dr. Neha has 10 years of enriching experience in the field of counseling. She’s an accredited Psychologist by NIMHANS and International Affiliate with American Psychological Association.

Important Note*: Once you book an appointment your session will be scheduled in 24 Hours. For Emergency/Urgent sessions the charges will be doubled. Terms & Condition Apply