What is Child Abuse? Indicators, Types, And Treatment

This blog will help you to understand the signs of child abuse.
Written by: 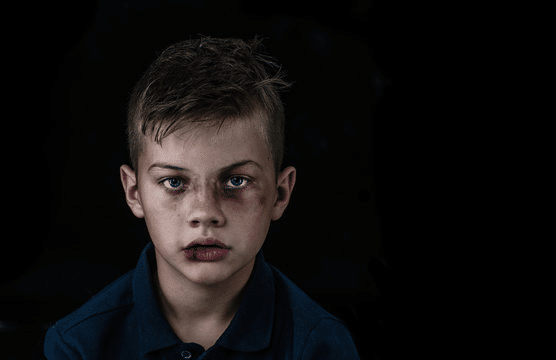 What is Child Abuse? Child abuse refers to the wrong treatment of a child. This could be in the form of physical, emotional, and sexual abuse. Child abuse may also be recognized as child exploitation and the failure to properly care for a child, otherwise known as neglect.

This article discusses what is child abuse, the different types of child abuse, and how they impact a child’s mental, emotional, and physical well-being.

What is Child Abuse?

Child abuse is defined as a variety of harmful behaviors, neglect, and ill-treatment directed against children. It can be difficult to recognize that a child has been hurt or is at risk. Some protection issues are obvious and visible, such as child labor, child abuse at home, or child begging. Although a child might not be able to talk about abuse, it is possible to help them immediately.

There are several signs that indicate abuse when a child is suffering ill-treatment from a caregiver. These signs include:

Signs and symptoms of physical abuse

Signs and symptoms of sexual abuse

India is rife with child abuse. Around one million children are denied a normal, healthy childhood every year. They are instead subject to the horrors and maltreatment of their formative years.

There are many forms of child abuse.

This type of abuse is when parents or caregivers intentionally cause physical harm to a child. Around 18% of maltreated kids are victims of physical abuse. This is the leading cause of child death.

A child may be hit with a hand or object to the face. Physical abuse can also include biting, burning, or physically restraining a child with an intent to cause harm.

All races, economic classes, and ethnicities may be exposed to physical abuse. However, it is more common in infants and boys. Children who live with disabilities are at greater risk of being physically abused.

A child who is raised in poverty or in a household with domestic violence has a higher chance of becoming violent. This is also true if a child grows up with an unrelated adult or more than two siblings.

Although this type of abuse does not usually cause immediate physical harm, it is still very painful. Emotional abuse is when a child’s sense of worth and emotional well-being are constantly battered. This can be a pattern that criticizes, rejects, discriminates, degrades, or ignores a child.

It could also include corrupting, manipulating, exploiting, and terrorizing them. This could be due to exposure to violence in the family or participation in illegal or antisocial activities. Emotional abuse can occur when other forms are occurring. These forms of abuse can have long-lasting effects that are not always visible or immediate. Emotional abuse can have long-lasting consequences. This is especially true if a child exhibits difficult or unusual behaviors.

The forceful participation of children in sexual acts is known as sexual abuse. This abuse can also include forcing children to perform sexual acts they don’t fully understand.

Sexual abuse can include incest, sexual assault, rape, and fondling. This maltreatment will be experienced by 26% of girls and 5% of boys when they reach adulthood.

While sexual contact comes under sexual abuse, non-contact improper treatment may also come under this classification. This could include the exposure of children to sexual activity or taking inappropriate photos of them.

This refers to the inability of a parent or caregiver to provide the basic needs of a child. This is the most prevalent form of child abuse.

Neglect can take many forms. It is when a child isn’t taken to regular doctor visits or denied access by a caregiver to healthcare.

It is possible to abuse a child if they are not provided with the proper nutrition or are exposed to dangerous substances such as drugs.

Child abuse can have devastating effects on every facet of a child’s well-being.

Emotional abuse can cause a loss of self-esteem in children. Negative brain effects, such as anxiety, depression, low self-esteem, hostile behavior, and a tendency to engage in delinquent behaviors in young adulthood, could all result from emotional abuse.

Children’s sexual abuse can have both long-term and immediate effects on their health. Children who have been subject to child sexual abuse can feel shame, guilt, or anger at the treatment they received.

Children who have been exposed to sexual abuse as children are more likely to develop anxiety and depression later in life. These survivors might develop problems such as alcoholism, drug dependence, marital/family difficulties, or a preoccupation with the possibility of suicide in later years.

If a child is left without the necessary tools and care to develop properly, they may struggle in school. As a result, this child may also have behavioral and emotional problems.

Poor treatment in childhood may be responsible for later problems in life, such as heart disease and liver disease.

How to Handle the Effects Of Child Abuse?

Suspected cases of child abuse by a caregiver or parent should be reported immediately.

Stabilization should be done for children who have been physically abused. Examinations should also be conducted to determine the severity of the abuse.

Children who have suffered from neglect or physical, emotional, or sexual abuse need to be taken care of. These children can be protected with medication or psychotherapy.

The use of therapy is a useful tool to address the abuse and neglect issues. A child must learn appropriate behavior for adult-child relationships. For children who are not being treated well, therapy can be a great support system. Treatment may be recommended to treat PTSD, anxiety, and depression.

Maltreatment can be a very difficult thing to endure during your development. Although the different types of child abuse can have devastating effects on welfare, they can be managed with the right methods.

Child abuse is a very common form of abuse all over the world. Children are often exposed to many ripple effects due to the abuse they have suffered. Although it can be hard to recover from a life of neglect, abuse, and sexual violence, there are ways to heal.

Prevention of child abuse includes placing a child in therapy or prescribing medication to help them manage their adverse outcomes. It is important to report any suspected cases of ill-treatment to the appropriate authorities to protect your child. Contact Dr. Neha Mehta for more information.

8 Things To Do When You Can’t Make a Decision

Signs That You Keep on Overthinking Every Time

What Are The Different Types of Condoms Available?

How to Test Shilajit at Home? Know the Process

What is The Importance of Lubrication During Sex?

Do you know anyone that will benifit from councelling. Book an appoinment and gift them the freedome of mental freedom.
Book Appointment

Today many women are suffering from fear of sex and there are multiple reasons behind it.

How to make her ready for sex? If you were searching for the answer to this

Are you searching for remedies to stop hair fall in men? Hair Fall is a common

69 ideas to spice up your sex life

Dr. Neha has 10 years of enriching experience in the field of counseling. She’s an accredited Psychologist by NIMHANS and International Affiliate with American Psychological Association.

Important Note*: Once you book an appointment your session will be scheduled in 24 Hours. For Emergency/Urgent sessions the charges will be doubled. Terms & Condition Apply